What is Wrist Tendonitis? 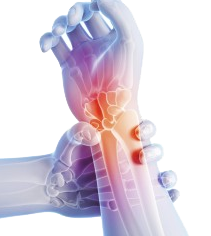 Wrist tendonitis means inflammation of the tendons in the wrist. Health professionals nowadays refer tendonitis more commonly to “overuse tendinopathy.” Mild pain is typical in this condition and is considered localized pain in or around the tendon.

Your tendons can withstand a lot of bending, twisting and stretching since they were designed for such movement. However, if this occurs from traumatic injury they may become inflamed which creates torn fibers or other damage in the wrist, causing wrist tendonitis.

Wrist tendonitis is usually described as a repetitive strain injury. This is typically in sports and work which requires repetitive movements, such as:

Your condition will depend on the problems which occur since each case is different. For some conditions, more inflammation is typical while others might be affected by chronic damage to the tendon.

Wrist pain is the most common complaint from someone who has been diagnosed with wrist tendonitis. The pain is usually mild and described as a dull ache rather than a sharp pain.

Additional symptoms may include:

Most patients who experience wrist tendonitis are treated with conservative methods first before surgical intervention. Some treatments may be more particular than others depending on the diagnosis. Each treatment plan is made to fit the individual’s specific condition.

It is typical for the following to be recommended:

Surgical treatment is typically the last resort after all conservative methods (such as above) have been exhausted. This procedure is performed by increasing space in between tendons.